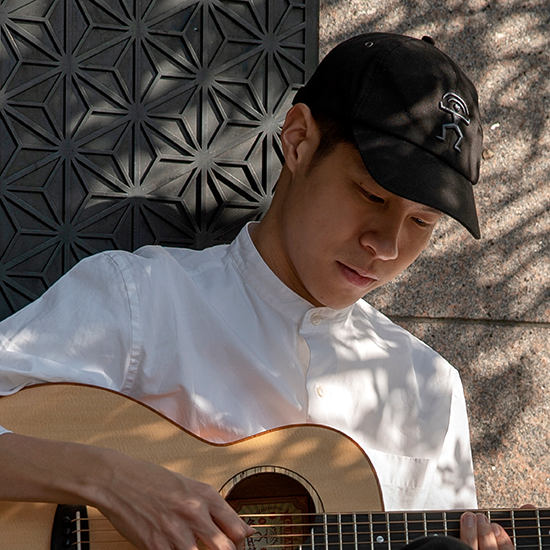 
The modern guitarist Ocean Tsai has been learning fingerpicking since he was 11 years old. He has won more than 50 awards in vocal and instrumental competitions all over Taiwan. He is a vastly skilled musician that really plays with the tempo and rhythms creating his rich flavor of music. While listening to his music, it resonates that his music has influences from artists like Masa Sumide and Thomas Lee. To Ocean Tsai one of the most important aspects of his music, is that it should move others around him with energy and delight.


In 2017 Ocean Tsai represented the Da Ji cup association at the Winfield Kansas Walnut Valley Festival. In 2018 he created music for the TV show “Shooting star Garden”, assisted with musical production on another TV show “Men to Boys” and in the same year he worked with several other films and subsequently released soundtracks at the same time.

- He ranked second in 2018 at the 5th Guitar Utopia competition.

- At Taiwan’s 19th University Guitar Competition he won in the category of “best guitarist” and “creative string instrument” and additionally taking home their “Hall of Fame” title.

- He came in 1st at Taiwan’s Voice Up Competition.

- At the 25th YAMAHA Hot Sound tournament he placed third in the Taiwan district.