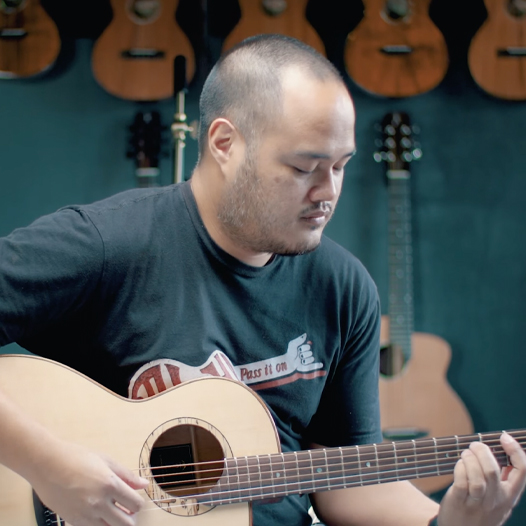 Corey is from Hawaii and is of Japanese, Portuguese, Chinese, and Filipino ancestry. Known for his comprehensive skills and precise timbre, he is good at playing styles from rock to pop. In 2014, his debut album "Fables" was nominated for the 37th Nā Hōkū Hanohano "Best International Album Award". Also named the top five rookies in Hawaii ukulele..


Corey's musical journey began in the fourth grade of elementary school with his father's rigorous training, which is also a music practitioner. Corey has received solid and diverse training since he was a child. In addition to ukulele, he also includes piano, guitar, bass and other musical instruments to his learnings. The musical foundation he has taken root has integrated elements of various musical instruments.


Corey's music style is very broad, including rock, metal, pop and classical music. At least two hours of practice a day is due to his persistence in music. Although he isn’t proficient with reading music scores, he makes it up by staying up all night to mark music scores and figure out fingerings, and focus on straightening out music scores for weeks. Corey’s time invested in practice, and the results are shown in his superb skills.