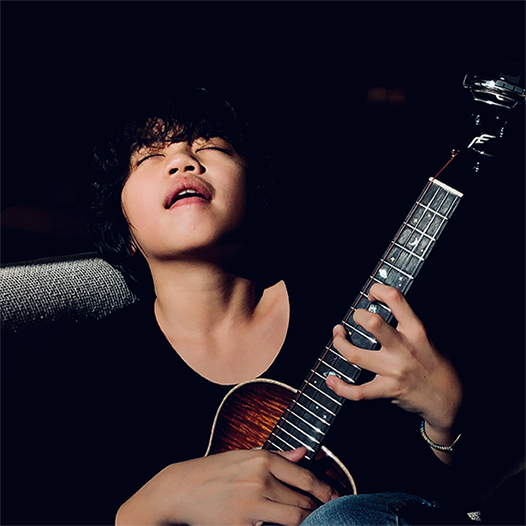 
Feng E started to play ukulele at home with his father at the age of five. Later, he learned ukulele from two teachers, Chen Yuting and Annier, and was selected as one of the six students in the Steve Vai master class.

He is not only a constant winner of the Taiwan Ukulele contest in the past two years, but also a sponsored contestant of the 2016 Annual International Ukulele contest, and in this contest, he won the second place in the children's group. The total MVP (Most Valuable Player), was also a finalist in the Ribbee's World Ukulele Championship Thailand World Ukulele Competition in 2017, and won the Best Rising Star Award among many adult contestants.

Last year, he moved to the guitar competition and participated for the first time. He became the only child who was shortlisted for the WAGF Fingerstyle Competition, and won the Best Popularity and Winner Award. In the second season of Asia's Got Talent, Feng E received the Golden Buzzer from the legendary Grammy producer David Foster, who praised Feng E: "He is the only person who can play ukulele like this with a population of seven billion in the world. Performer." This is the first time a Taiwanese contestant has won the golden buzzer, and the first person from Taiwan to enter the finals of Asia's Got Talent.

Feng E’s playing style is full of rhythm and dynamic, and he loves to improvise. The small body and the massive performance energy present a strong contrast. Every time he takes the stage, he will become the focus of the audience's attention. He likes to play music and use multiple effects to create the rock-and-roll style of Ukulele, which has attracted artists such as Xiao Jingteng, Mayday, Chen Jiahua, and Schumien to invite and cooperate. He has already started his own composition at a young age, and has accumulated ten compositions so far. Currently, Feng Yi has also completed the recording of his first single "8 Plath", and will record his first solo album during the summer vacation.